This section is distinct from Primary Sources and Manuscripts. Here will be examples of fiction and literature that are either heavily inspired by or incorporate occult themes and topics. This list is by no means exhaustive but instead highlights some of the better known, highly influential, and particularly worthwhile examples of the genre. 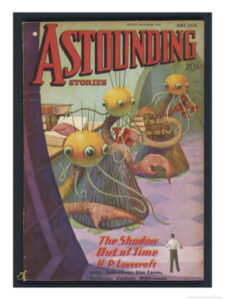 The highly influential, early 20th century american author H. P. Lovecraft was known for his tales of “Cosmic Horror”. His use of occult tropes and story elements typically act as gateways to the fantastical, science-fiction-esque worlds of gods and monsters. While Lovecraft’s use of the occult tends to be superficial, his influence on the horror genre and its proclivity to use esoteric books and cursed idols of an occult kind can not be understated. More substantive is Lovecraft’s deduction that uncovering the vast, cosmic “truths” of the universe are likely to appear horrific to the average human and leave them mentally unstable, suicidal, and/or dead. It reads as a pessimistic look at the mystic’s goal to discover god and speak face to face. When that “god” is an unfathomable abomination that stretches the brain’s ability to process time and space properly, enlightenment becomes a curse instead of an ascension.

Some of Lovecraft’s works that feature the most prominent use of occult themes include:

The Call of Cthulhu – Perhaps his best known work, it features among other things a cult that worships a mysterious and dangerous god.

The Thing on the Doorstep – Features characters who use “black magic” from their study of the occult.

The Festival – Describes a secret ritual by a group that has been keeping the tradition for hundreds of years.

The Dreams of Witch House – Describes a man’s harrowing experience in the eponymous house, haunted by a Salem witch and her furry familiar.

The Mound – The story of an ancient, underground society similar to tales of “Agartha”, a city that features in some esoteric writings.

At the Mountains of Madness – A common theme in occultism is the existence of an ancient race that was more intelligent than modern man and whose secrets have been passed down or lost to time. Lovecraft takes this and gives it a science fiction origin where a team of explorers find such a race frozen in the arctic. While arguably not directly related to the occult, this story features a number of references to Lovecraft’s other stories as well as his famous fictional occult book known as the Necronomicon. The scientists on the expedition are also from the fictional Miskatonic university that specializes in the occult and its library houses a rather impressive collection of occult works and research material. 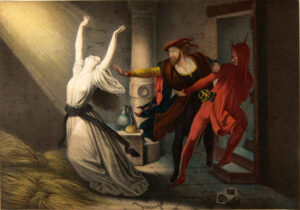 While there are a number of different versions of the fictionalized life of Johann Faust, the two most prominent and influential are inarguably Christopher Marlowe’s Doctor Faustus and Goethe’s Faust.

The story is primarily about Faust’s deal with the demon Mephistopheles where the man trades his immortal soul for magical powers. Faust had previously explored various ways to satisfy his desire for wisdom and eventually concluded that the dark arts, the occult, was the only way to fully realize his goals. 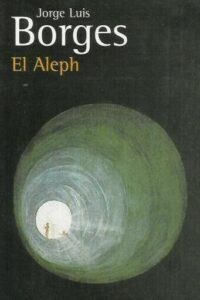 The Argentinian master of philosophical fiction, Borges commonly wove mystical and metaphysical themes into his short stories. Far from simple set-dressing or aesthetic additions, these elements point the reader to deeper concepts. Sometimes, Borges’ stories read as though they themselves are a lost article of occult literature that play with the reader’s sense of reality. Like a Rosicrucian parable or a hermetic treatise, their short length appear as only the key or gateway to hidden worlds. Some examples include:

The Sect of the Phoenix

The Rose of Paracelsus 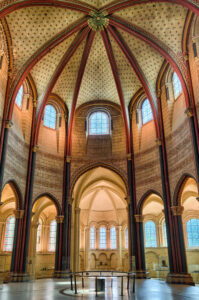 A novel that both revels in the complex and nebulous nature of the occult while criticizing those who engage with it uncritically.