The foundation on which everything else is built. 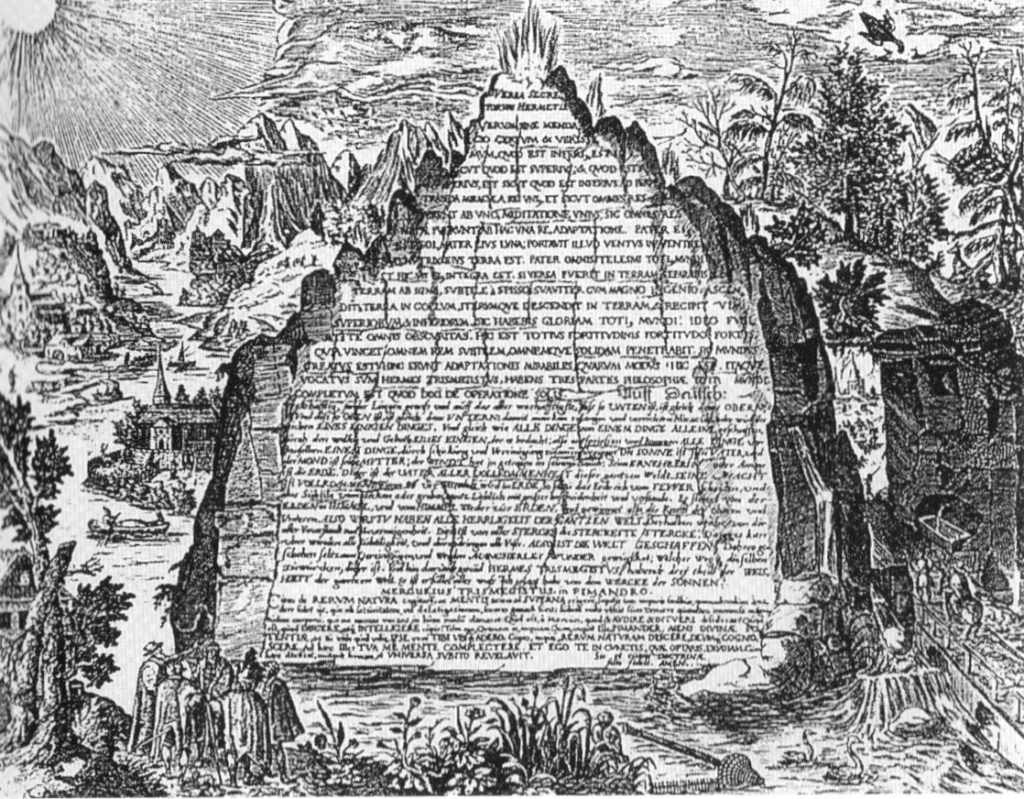 People who are interested in the occult may first be drawn to the ritual aspects of it. Visually appealing and geared toward western material culture, the various symbols and items are usually a person’s first introduction to the occult. From the witch’s cauldron to the magician’s wand to the more obscure alchemist’s alembic, accessories of the occult stick in the mind and relate back to the practice. We don’t know exactly what is in the witch’s cauldron but our curiosity is piqued. What can the magician do with his wand? People go to magic shows to find out. What is more iconic in the world of black magic than the pentagram? Most couldn’t say from where the symbol originates or what it means but they will almost certainly connect it with vague “satanic rituals”.

So why then do I try and direct everyone to this page on philosophy? If its the glittering crystals and artistic tarot cards that attracts everyone, why am I wasting your time talking about Plato and metaphysics? It’s because if you’re interested in an occult aesthetic, I would tell you to seek out whatever items and artwork speaks to you on that level. This site isn’t a fashion blog.

It isn’t that the material aspects of the occult aren’t important, I have a page dedicated to them in fact. Likewise, symbols and art that represent deeper ideas and themes are equally or even more vital to understand the craft. The fact is that the philosophy is what underlies and supports everything else. If you don’t have even a basic understanding of the rationale or mindset behind the rituals, symbols, and literature, everything else is chaff from the wheat.

The material is quite simply the what while the philosophy tells you the why. To know the why of something is more involved but also more fulfilling.

With that in mind let’s start with the basics.

Helpful tip: For an in-depth look into each of these philosophies and their basic tenets, click on the name linked to the associated page.

Pretty much all western philosophy, occult philosophy being no exception, stems from Plato and Aristotle. Neoplatonism, the foundation for much of later occult philosophy, naturally stemmed from Platonism starting with (as it is generally considered) Plotinus and developed further by Porphry, Iamblicus, and Proclus in the first few centuries CE.

Gnosticism was a related movement about the same time that shared similarities with Neoplatonic ideas as well as other Greek, Egyptian, and Persian metaphysics. Due to heavy persecution and charges of heresy, Gnosticism didn’t gain the traction that Neoplatonism found in western philosophical canon. Perhaps due to its repression, Gnosticism persisted in occult and esoteric thought where Neoplatonism found a voice in Christian mysticism through the writings of Pseudo-Dionysus.

In the eastern world, the Vedas form the foundation of what the west would consider “occult” or “esoteric”. Contact between East and West would provide a steady flow of ideas between cultures and what formed the basis of the dominant religions in the East, i.e. Hinduism and Buddhism, appeared exotic and enlightened by many western thinkers. Early esotericism was mainly interested in “ancient knowledge” from Egypt and parts of the middle east. In later centuries, with the advent of a world culture and interest in comparative religion, eastern philosophy played a larger role in esoteric thought and writings. As this is a complicated subject that spans centuries and contents, please see the Maps and Timelines sections for a more detailed breakdown of how and when ideas were prominent. Keep in mind that our understanding of the exchange and development of ideas is based only on existing textual evidence. It is not uncommon to find references to lost works or needing to connect the dots between what evidence has survived the centuries. Often academics have to make educated guesses based on what they have available. This is why the study of manuscripts can be so important and rewarding. Libraries, museums, and even private collections are being catalogued and their contents digitized. This allows for unprecedented access and opportunity to study texts that would have been inaccessible to most scholars and especially to the general public.

But I digress. Modern published copies of most of these authors will satisfy the basic reading requirements for understanding occult philosophy. Plato, Aristotle, Neoplatonism, Gnosticism, and to a lesser extent Pythagoras and Neo-Pythagorean schools are the formal philosophies that underpin nearly all later western occultism.

Two other categories constitute, in my opinion, the rest of occult thought and structure: theology and folk tradition. The three are most often woven together into a tapestry of formal and informal philosophy and metaphysics.

Kabbalah, for example, is based almost entirely in Jewish, and later Christian, theology. Historical witchcraft was more likely in actual practice a collection of folk traditions practiced by wise men and women in rural communities. The narrative that people attended midnight sabbaths and sold their souls to the devil was a hysterical Christian invention. Contemporary Wiccan movements base their beliefs on neopagan models that draw from historical sources as well as developing their own. Each has an underlying philosophy or reasoning but the former is relegated to the realm of God and the latter two are more informal and practical than directly influenced by a formal philosophical system. The topics of Ritual Magic and Sympathetic magic likewise have philosophy that can be derived from them but the practical application and historical development were likely far removed from any formal or academic process.

Ritual Magic, and its subcategory Theurgy or “spirit work”, is a common occult element that appears in almost all practices. It dates back to the earliest forms of human religion and persists in countless forms both esoteric and mainstream. It could be argued that the Christian sacraments, especially the Eucharist, is a prime example of ritual magic that transforms bread and wine into flesh and blood. Since the basis of ritual magic requires only that a ritual be performed with the intention of producing a result (be it physical, mental, or spiritual) it applies to a host of religious practices. Occult ritual magic tends to be more open about its desire for results but the basics are the same.

Sympathetic Magic is more often seen in folk and occult practices than in mainstream religion. In fact, the Abrahamic faiths pointedly condemn it in the worship of false idols. Sympathetic magic is divided into two categories: similarity and contact. A voodoo doll uses both and so is a most useful example. The doll is designed to look like the intended target (similarity). Attached to it is a lock of hair or other personal item from the subject (something that has made contact with them). Through both its similarity and contact, the doll is thus connected with the target. Anything done to the doll will then be transferred to the subject of the doll through the laws of sympathetic magic. Similarly, in the example of idols, creating an image of a god allowed the god to inhabit that image. Worshipping the image equated directly with worshipping the god. Sympathetic and ritual magic can overlap with formal ceremonies using sympathetic techniques.

Whether you’re interested in studying a specific system or school of thought, the important thing to remember is that nothing in occult practices or philosophy is done arbitrarily. It is either based in previous tradition, work, and thought or developed through practical application with an underlying theory. The unique thing about the occult is that it often combines these two methods, as opposed to theology (which works from the standpoint of an established religion) and to the sciences (which is based in facts derived from reproduced experimentation). Alchemy is a prime example of this final philosophy.

Alchemy has two components which are inseparable in the mind of the alchemist: the material and the spiritual. The basis of Hermetic philosophy, which is purportedly based in ancient divine knowledge, connects the two in a way that one reflects the other. The physical process of turning lead into gold can be understood allegorically to be the refining of the soul into a higher, enlightened state. Much of hermetic philosophy involves secrets and initiation. One must be worthy before learning the secrets of the universe and human soul’s place within it. Often intentionally vague and infinitely interpretable, hermetic writings carry the hallmark secretive nature of the occult.

—. The Book of Magic: from Antiquity to the Enlightenment. Penguin Classics, 2016.

Shumaker, Wayne. The Occult Sciences in the Renaissance: A Study in Intellectual Patterns. University of California Press, 1979.